Chair of the Board

Paul took up the chair of the British Association for Immediate Care in November 2019, prior to this he had served as the Honorary Secretary. He has been involved in the leadership of the strategic change work of the Association since it started in 2015. He subsequently led the review of the Association’s educational courses.

Paul has an interest in major incident and event medicine having held a number of leadership roles at  Major Incidents including those in London in 2017 and 2019. He has also led the ambulance service response to all of the major London events that occur including HM Queen Diamond Jubilee celebrations and was also the Tactical Commander for the Olympic Park during the Olympic Games in 2012.

A Lead Examiner for the Diploma In Immediate Medical Care of the Royal College of Surgeons of Edinburgh, Paul is also the founding  Chairman and a trustee of BASICS Essex (BEARS).

Paul is an elected trustee to the board.

Andy is a Consultant in Emergency Medicine at Pinderfields Hospital (Wakefield), with a special interest in Pre-Hospital Emergency Medicine. He is seconded part time to Yorkshire Ambulance Service in the role of the Medical Governance Lead and Medical Incident Commander. He is also the chairman, clinical and governance lead of the West Yorkshire Medic Response Team, as well as being the governance lead for YAS-BASICS and since late 2021 the vice-chairman of the Faculty of Pre-Hospital Care at the Royal College of Surgeons of Edinburgh.. He was instrumental in the establishment of the Yorkshire Critical Care HEMS team, and remains clinical and governance lead. He responds frequently with all three of these teams, providing pre-hospital critical care when required.

Andy has significant experience of Immediate Care in Sport, providing pitch side immediate care in Rugby Union for 19 years as team doctor at domestic and international levels. He also has experience of providing crowd cover at mass gathering events, some of these as a member of St John Ambulance.

Rowley was a full-time Consultant in Emergency Medicine in the South East from 1995 to 2015. In a voluntary capacity as part of the SouthEast Coast Immediate Care Scheme he has responded a number of major incidents including the Clapham rail crash and the Bishopsgate bomb. He established the first doctors on the then Kent Air Ambulance helicopter, now KSSAT.

In addition to his clinical roles Rowley has a strong research portfolio,as well as a large medicolegal practice that also encompasses complex medical negligence cases.

Since 2015 Rowley has continued as an independent emergency medicine consultant and provides consultancy for the medical industry.

Rowley is the chairman of the Southeast Coast Immediate Care Scheme (SIMCAS).

Rowley is an elected trustee to the board. 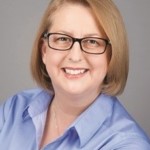 Alison undertakes research and teaches holding two chairs, on at the London South Bank University and the other at the University of South-Eastern Norway. Her interests are in the complexity of healthcare, safety, maths models and data science.

Alison was, until September 2020, the medical coordinator for  match day crowd medical services at Millwall football club (an affiliated scheme of the Association). She has extensive consultancy experience in research and analysis for a number of national & international organisations and charities. This has ranged from mathematical modelling/pattern recognition work to national policy initiatives.

Alison writes regularly for the general, trade and academic press. In 2015 she was made a Fellow of the Royal College of Nursing and in 2016 a Fellow of the Queen Nursing Institute and a Winston Churchill Fellow for which she examined high reliability organisations looking at safety. She was awarded an MBE for her services to safety and emergency workforce modelling in English League Football in 2019.

Alison is an elected trustee to the board. 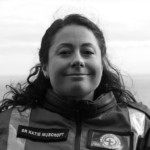 Katie is a consultant in Emergency Medicine, founding Chair of BASICS Dorset and a regular member of the Association’s faculty for our portfolio of courses.

Katie has recently had some time out of substantive consultant life to focus on her other interests; pre- hospital medicine, yoga, medical acupuncture and lifestyle medicine and has now, again, taken up a substantive part-time consultant post in the South West. She has particular interests in trauma, critical care, major incidents and staff wellbeing.

She brings a wealth of experience in event medicine having including major events such as the Great South Run and being clinical lead for 5 large music festivals as well as being the clinical lead for Shambala Festival.

With a keen interest in yoga (Katie is a qualified instructor) she combines medicine and yoga with an interest in healthcare staff wellbeing.  In the past she was the department lead for wellbeing as well as providing resilience training for the foundation doctors within her hospital. Katie is currently setting up a debrief service in her department.

Katie is an elected trustee to the board. 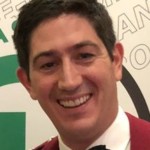 Jon is a serving doctor in the British Army and a Consultant in Emergency Medicine and PHEM. He has a strong background in pre-hospital care throughout his career including with MAGPAS and the East Anglian Air Ambulance services and as a volunteer with BASICS Essex. As a serving military officer and a senior NHS clinician Jon brings a wealth of project and strategic management to the Association.

Within the East Anglian Air Ambulance service Jon founded the Out of Hospital Cardiac Arrest (OHCA) Task Force which was tasked with leading the introduction of advanced endovascular resuscitation techniques into the service. He has also led a project to develop POCUS capability interacting with industry leaders and creating a business case to generate investment in improving clinical capability and governance. Within his military role he is part of a small group responsible for introducing REBOA to the Defence Medical Services.

Jon was until recently the operational Lead for BASICS Essex where he was responsible for introducing an Enhanced Care Car to facilitate additional training opportunities for Doctors and Paramedics in East of England. Following a move to the East Midlands he now responds for EMICS.

Jon is an elected trustee to the board 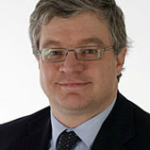 Richard is a consultant thoracic surgeon at Heartlands Hospital, Birmingham who serves as the associate medical director for surgery in his trust. He is an honorary associate professor at the University of Warwick Medical School. He is vice-chairman of the NHS England National Clinical Reference Group for Thoracic Surgery and a member of the Thoracic Surgery sub-committee of the Society for Cardiothoracic Surgery of Great Britain and Ireland. Richard has an interest in tactical medicine and use of force and this was the focus of his dissertation for the examination of the Fellowship in Immediate Medical Care. Richard served as the Faculty of Prehospital Care (RCSEd) Convenor on the joint Faculty / ACPO Firearms and Tactical Medicine Clinical Advisory Group

Richard is an appointed trustee to the board. 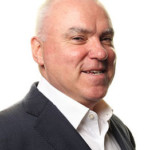 Tom is a Professor of Cardiovascular Nursing at the Faculty of Health, Social Care and Education at Kingston University and St George’s, University of London.

A senior clinical academic cardiovascular nurse Tom enjoyed an NHS career extending over 30-years, entering full-time academia in 2009. Well recognised and internationally acclaimed within cardiovascular care Tom has held positions that include membership of a Government Task Force contributing to a Prime Minister’s Delivery Unit review on treatment of heart attack that led to the national rollout of primary angioplasty in England. He has  held a number of prestigious national and international roles including the Chair of the European Working Group on Cardiovascular Nursing, the Board of the European Society of Cardiology’s (ESC) Association for Acute Cardiovascular Care (ACVC). He has an impressive research and publications portfolio, primarily within cardiovascular care and resuscitation including the PARAMEDIC 2 trial.

An Honorary Fellow of the College of Paramedics, Tom is  a member of the National Ambulance Research Steering Group and represents the Royal College of Nursing on the Joint Royal Colleges Ambulance Liaison Committee and the national working group on cardiogenic shock. Previously he served as a consultant cardiac nurse to an NHS Ambulance Service and is an active advocate of community response to sudden cardiac events.

Tom is an appointed trustee to the board. 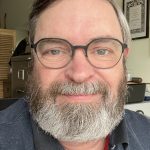 Tony is a nurse and joined us from academia. He had most recently worked as a senior lecturer teaching medical education and advanced practice in a UK university following a varied career in the NHS, international marketing and the third sector. He has previously served as a trustee of the Association (2001-2019) including being chairman between 2015 and 2019. He has extensive experience as an immediate Care practitioner in the South East Coast Immediate Care Scheme (SIMCAS) and working in event medicine.

Tony is an examiner for the Diploma in Immediate Medical Care at the Royal College of Surgeons of Edinburgh and is a member of Training and Standards Committee for the Faculty of Pre-Hospital Care at the College. Appointed MBE in the 2014 new Year Honours for services to pre-hospital care, he received a Testament on Vellum from the Royal Humane Society in 2016 and was elected an inaugural Fellow of the British Association for Immediate Care in 2021.