The British Association is proud to have two distinguished honorary officers 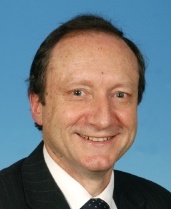 Sir Keith has a long association with the Association both in the West Midlands area and nationally as a trustee. A Consultant Trauma Surgeon and the Clinical Director for Trauma at University Hospital Birmingham, he set up the West Midlands care Team in the 1980’s and until recently was a responding doctor with them and with the Mercia Accident Rescue Team. The UK’s first and only Professor of Clinical Traumatology (University of Birmingham), he has since 2000  been the civilian clinical lead for the care of injured service personnel  a member of the Defence Scientific Advisory Committee and the Surgeon General’s Research Strategy Group.

Keith has had a distinguished career in pre-hospital care and has served as the co-chairman of the Association, as chairman of the Faculty of Pre-Hospital Care (RCSEd), founder of Trauma Care UK and a much respected international authority on trauma. He appointed a Knight Batchelor in 2010 for his services to the care of military servicemen and women. 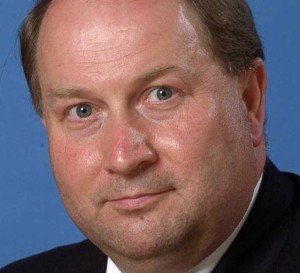 Dr Holden also has a long time association with the Association at a scheme and national level. A Derbyshire GP, he is a long time member of the East Midland Immediate Care Scheme (EMICS), past Honorary Secretary and Honorary Treasurer of the Association and past chairman of BASICS Education Ltd and BASICS Trading Ltd. He is an air ambulance doctor with the Lincolnshire & Nottinghamshire Air Ambulance since 1998 and the MAGPAS Air Ambulance since 2007. He has served as an advisor on PreHospital Emergency Medicine to UK government departments and to governments in the Gulf states.

He is a senior BMA negotiator and a longserving member of the Council of the British Medical Association. In 2019 he became the first general medical practitioner to chair the Inter Collegiate Board for Training in PreHospital Emergency Medicine.

In November 2015, Dr Holden received a lifetime achievement award at National Air Ambulance Awards of Excellence, and is a receipant of the BMA’s Association medal for his leadership of the medical response mounted from their headquarters in Tavistock Square, during the terrorist bombings in London in July 2005. In 2021 Dr Holden was elected an inaugural Fellow of the Association.